How Unconscious Bias Affects Recruiting (and How to Overcome It) 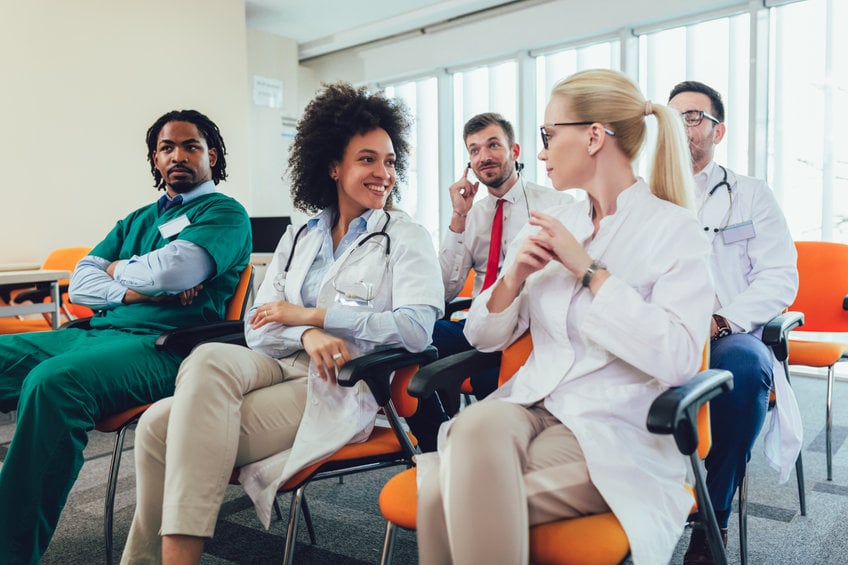 Physician recruiters make a myriad of decisions every day based on professional and personal experience. Since you’re in the business of people, you’re well aware that you can’t allow prejudice or bias to affect your decisions.

To fully understand the effects, let’s start with a simple definition:

Unconscious biases, also known as implicit biases, are social stereotypes about certain groups of people that individuals form outside of their own conscious awareness.

Everyone holds unconscious beliefs about various social and identity groups, which stem from our tendency as humans to organize social worlds by categorizing them (per UCSF). You likely act on subconscious or deeply ingrained biases and attitudes based on your experiences, upbringing, or even your environment.

It’s critical to understand unconscious bias – which is typically unfavorable – because it can easily creep into your recruiting and hiring decisions. Even though you likely mean well, you’re probably making decisions subconsciously. According to University of Delaware Professor Jennifer Kubota, we all do. Kubota’s research uses neuroscience to uncover the roots of bias. She offers this example: If someone asked, could you quickly name a stereotype about a specific race? Most people can. There’s also a high degree of consensus that many of us would describe the same stereotype.

Think of it as a mental shortcut we each create. “When we encounter a group member, we quickly categorize them and then activate a host of associations about them based on their racial group or other perceived identities,” says Kubota. “Now, for objects, these mental shortcuts are great. When we encounter ice cream, we know what to expect, whether we like it, and how to eat it. However, when we are talking about social groups, these shortcuts come with high costs, as stereotypes and prejudices can be inaccurate and extremely harmful.”

Unconscious beliefs or biases often come to the forefront when we’re stressed or hurried, too. Suppose you act on knee-jerk reactions, gut instincts, or assumptions. In that case, there’s a chance you’re opening yourself up to unconscious bias, which means you could be judging a candidate based on your perceived ideas about them rather than their experience or skill.

How do recruiters identify unconscious bias and work to overcome it? Start by being mindful. When you’re sourcing candidates or sifting through CVs, go back through the candidates that you’ve eliminated and try to recognize why you decided not to pursue that person in the first place. Were they missing a skill? Did you overlook them because of their unusual name? If you question your decision a second time, you may see biases that crept into your initial review.

Gail Tolstoi-Miller, a recruiter turned career strategist, gave an outstanding TED Talk about unconscious bias and suggested recruiters use these two words: “So what?”

Before you relegate a person to the “no” or “pass” pile, address your reasons for putting them there by asking, “So what?” As in: so what if you can’t quite tell what their gender is from their name? Or so what if they’re from a town in your state you’ve never heard of? “So what” is not a silver bullet, but the question can prevent you from missing out on a great candidate for the wrong reason.

“Asking yourself ‘so what?’ is a pause; it’s a self-check,” says Toilstoi-Miller, “and it helps you remove your emotional clutter. It also helps you focus on what is important by questioning the facts and judgments that you use to make decisions.”

There is extensive evidence and research that finds that unconscious biases can lead to differential treatment of patients in healthcare and patient outcomes, which we covered in a previous article: Why diversity is critical to both recruiting and patient outcomes. A report by the Joint Commission outlined some actions physicians can take to combat implicit bias that might help recruiters, too, including recognizing situations that magnify stereotyping and bias and understanding and respecting the magnitude of unconscious bias.

Unconscious bias isn’t always bad, but if you take the time to recognize that some of your ideas are actually based on perceived ideas, not facts, you’ll be better equipped to limit its adverse effects. You’re also bound to have more favorable recruiting outcomes over time.

Speaking of time, it’s almost the holiday season - an ideal period to recruit physicians. Could you use some tips on finding candidates? We invite you to watch a recording of a recent training session all about the Art of Sourcing now.

Hire the right physicians on Doximity, the largest professional medical network. Get up to speed on physician recruiting news and best practices from the Doximity Talent Finder Team.

Join us each month as we deep dive into a specific topic in healthcare recruiting, combining outside research and news with our own proprietary data and best practices. Webinars are free and open to everyone.